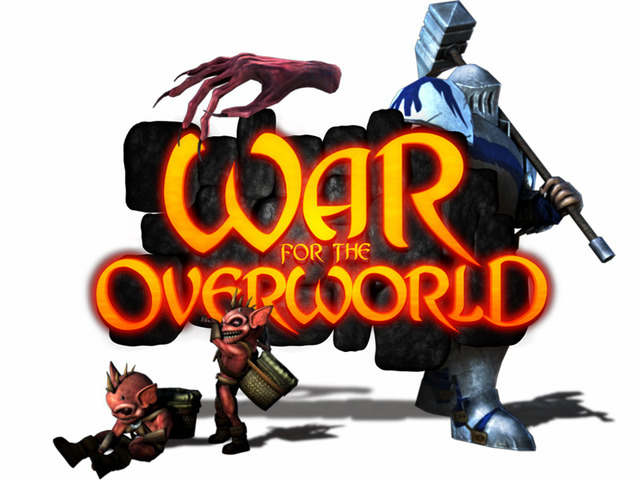 In January of this year, Subterranean Games ended its Kickstarter for War for the Overworld, a game that has been described and is to many the “official” spiritual successor of Dungeon Keepers. If you enjoy funny, yet somehow dark strategy games, you will have probably played at least one of the two Dungeon Keeper titles published by Bullfrog Productions. And, if you’re like me, you’ve been waiting for a part three for fourteen long, long years. Folks, let me tell you that War for the Overworld will be that part three.

Now, I might be getting ahead of myself here. Since Thursday, you can buy the Bedrock Beta of WFTO, and so far, there’s not much to do in-game. Sure, you can already dig your way through rocks and build a few rooms, but many other functions still have to be implemented. Luckily, the developers are really transparent when it comes to the design process. Weekly updates will expand the game gradually, and for €21, you can follow the evolution of this very promising game while being the first to play with the ever-expanding range of features. So far, it already feels and looks like Dungeon Keepers, which is causing the child inside of me to jump around like it skipped on his Ritalin prescription.

If you want to:

then you should certainly fork Subterranean Games some cash and be a part of this thingy. Be aware though that you’ll participate in a real beta, not something an MMO developer would call a beta just to cover up what is actually a soft launch. You will find bugs. Many bugs. You have been warned.

Then again, all the bugs in the world can’t live up to the fact that I’m digging tunnels again while staring at creepy yet cute minions. Must resist the urge to slap them too much…

Tweets from the Chin

What the Chin follows

Out of the Abyss
Me Vs. Myself and I

A little bit of everything, a whole lot of nothing.

The gaming blog that moonshine built

A mum, a wife, a book-lover, a student and a gameaholic all existing in one head... these are the trials and tribulations!

Casual Gaming with a Classic Twist

A blog about raiding...and anything else that comes to mind.

One voxel at a time

The ramblings, musing and sometimes whinings of a World of Warcraft Player

Just a girl in a MMO world.

The Uninteresting Life and Times of a Sewer-Dwelling Console Heathen